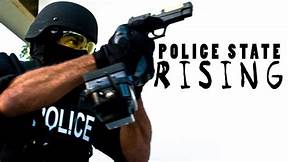 A great man once said; “If men were angels, there would be no need for government.”  Government restrains evil along with many other functions.  Police, courts and incarceration are the tools government uses to deal with criminals.  The great man who provided the above quote was a Democrat in a much different time period.

In current times, there is no real question about the Democrats being idiots and traitors to America and even to black people – remember it’s the Democrats who foisted the Jim Crow laws upon the South.  It’s the Democrats who perpetuated slavery  and segregation after slavery ended.  It’s Democrats who lace black neighborhoods with Planned Parenthood clinics to kill black children before they are born.  It’s Democrats who oversee impoverished neighborhoods where black on black crime leaves thousands of blacks dead every year in America.  It’s the Democrats who insulted the black community by insisting that they needed welfare, food stamps, Aid To Dependent Children, Affirmative Action etc. etc., and that it was generally impossible for blacks to survive and get ahead without the benevolence and “special” protection of the Democratic Party and the white population that dominated it.  Now, it’s important to keep in mind that just because Democrats are idiots does not mean they are necessarily they don’t know what they’re doing.  Getting rid of the police would be a good interim measure to force us into a police state.  The Democrats don’t want to get rid of the police – they want to get rid of the good “Constitutional” police and replace them with their own Antifa thugs.

Now, just because a black man was murdered by a white policeman, it’s now necessary, in the Democrat’s eyes, to abolish the police.  Anything less than that will be considered racist.  So, here’s a question for this traitorous scum; “If you get rid of the police, will you automatically get rid of the criminals?”  That’s a rhetorical question, because nobody in their right (or non-right) mind would answer yes to that question.  And, there has never been any example of “social programs” designed to reduce crime as having been particularly effective if effective at all, and certainly not without police back up.  So, with that understood as a given, then what will happen when the criminals are unleashed with no police to apprehend them?  Duh?  You’ve got to be a rocket scientist to answer that question.

Once the chaos becomes intolerable to the masses, then the government will crack down with a very heavy hand, and we’ll have no freedom and no privacy.  People will cry out for relief, and they will be willing to give up everything (even their freedom) just to have security.  At that point, the Communists (Democrats, Antifa, leftists, BLM, BAMN, CPUSA, Socialists etc.) will have won.  That means that even these thugs that riot in the street will have lost any freedom to riot or protest.  But, there will be one group that flourishes; the 1%.  The ultra-wealthy will rise above the fray and live the life of luxury and privilege because they will own the government, the police, all industry, all businesses etc.  In the process, they will rid us of those pesky churches, pro-life people, limited government citizens etc.  Soylent Green is a dystopian movie that portrayed a future that nobody wants to live in.  Where and what do you want to live in?

As an aside, there was a man in the 1600’s who was a Theologian, and his name was John Calvin.  He was a Frenchman who fled the wrath of the Roman Catholic Church for his “heretical” views.  He fled to Geneva Switzerland for sanctuary.  He cleaned up Geneva, and centuries later, all world peace negotiations took place in Geneva.  Calvin taught, among other things, the “Total Depravity of Man”.  To summarize briefly, the idea was that man was totally wicked, and it’s only by God’s grace that anyone can do right.  This is, of course, anathema to the 1% and to the left in general.  The left and the 1% worship man, and the state is their church.

← The Psychology Behind Covid 19
Black Lies Matter! →
Join 329 other subscribers