What Is A Neocon? 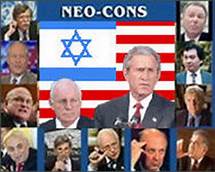 As election rhetoric heats up, anyone interested in making an intelligent choice should know what a Neocon is.  The term arose in the 1960’s and is well articulated by the leftist web site Wikipedia.  Neocons are basically Trotskyites.  They are Communists of a milder manner than Leninists, Stalinists or Maoists.  In other words, they are not ardent proponents of mass murder, although they could probably be easily convinced of the idea if it suited their purposes and objectives.

As a result of the Neocons infiltrating the Republican Party, the Republicans have shifted dramatically to the left, and therefore have allowed for a much further shift to the left for the Democrats – how convenient.  Neocons hate nationalism, they hate small Constitutional government, and they hate people who love either or both of those.

This piece is not to discredit the Republican Party entirely, but instead is a heads up that there are serious problems with the Republican Party, and unless principle rules over party politics, the Republicans will just be like the Democrats, and it will be a one party country in America.  Actually, let me rephrase that; it will be a duopoly where the Republicans and Democrats will be the right and left arms respectively of the same banking body which is the ruling power behind what has been termed the “New World Order”, or one world government.

Vote intelligently, vote wisely, and raise up good leaders to vote for so you actually have a real choice in the matter of your government, your life, your family’s lives, and the future of America.  Neocons hate America, hate national sovereignty, hate individual liberty, hate the Constitution, and if that’s not enough, I don’t know what is?

As an aside, Neocons also tend to be “Zionists”.  A Zionist is one who favors Israel’s world domination.  Many otherwise good American Christians have fallen for this nonsense, and support Israel without question.  These people have a poor understanding of the Bible which makes it clear that the “New Jerusalem” is a spiritual realm, and not a physical/temporal realm.  St. Paul says in Romans that “not all Israel is of Israel”.  In other words, the Jews who have not become Christians are going to Hell in a hand basket, unless, and if they repent and believe in Jesus Christ, otherwise, they are without hope.  Anyone not familiar with it can review the post below that exposes a lot of what’s going on with Israel.

WHY IS ISRAEL SO PROSPEROUS?

← Here’s A Listing Of Social Media Sites That Allow For Free Speech! Have At It! Thanks Trevor Lyman & Break The Matrix – Linked On This BLOG!
4 Minute Video – Ilhan Omar – “Be Fearful Of White Men & Profile Them!” →