Compare and see which of these two quotes most resembles the government we have today.

“National Socialism as a matter of principle, must lay claim to the right to force its principles on the whole German nation without consideration of previous federated state boundaries, and to educate in its ideas and conceptions. Just as the churches do not feel bound and limited by political boundaries, no more does the National Socialist idea feel limited by the individual state territories of our fatherland. The National Socialist doctrine is not the servant of individual federated states, but shall someday become the master of the German nation. It must determine and reorder the life of a people, and must, therefore, imperiously claim the right to pass over [state] boundaries drawn by a development we have rejected.” ~Adolph Hitler, Mein Kampf, p. 578 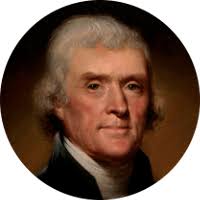 “That the several States composing, the United States of America, are not united on the principle of unlimited submission to their general government; but that, by a compact under the style and title of a Constitution for the United States, and of amendments thereto, they constituted a general government for special purposes—delegated to that government certain definite powers, reserving, each State to itself, the residuary mass of right to their own self-government; and that whensoever the general government assumes undelegated powers, its acts are unauthoritative, void, and of no force: that to this compact each State acceded as a State, and is an integral part, its co-States forming, as to itself, the other party: that the government created by this compact was not made the exclusive or final judge of the extent of the powers delegated to itself; since that would have made its discretion, and not the Constitution, the measure of its powers; but that, as in all other cases of compact among powers having no common judge, each party has an equal right to judge for itself, as well of infractions as of the mode and measure of redress.” ~Thomas Jefferson, Kentucky Resolution, 10 November 1798

← What I Learned On Vacation!
Listen to 30 seconds before it’s deleted! →